The North Canoe/Kayak Launch is now open, following construction of a new accessible ramp down to the river! Park at South Entrance and arrange your rental and shuttle to North Canoe/Kayak Ramp at the General Store. Shuttle also is available for private boats and paddlers. Dampier’s Landing, located at South Entrance, remains open for both watercraft rentals and private launches.

Tubing is open from both Midpoint and Dampier’s landing and tram shuttles operate year around. All rental activities begin at the South Entrance.

In 1972, the U.S. Department of the Interior declared the Ichetucknee Spring a National Natural Landmark 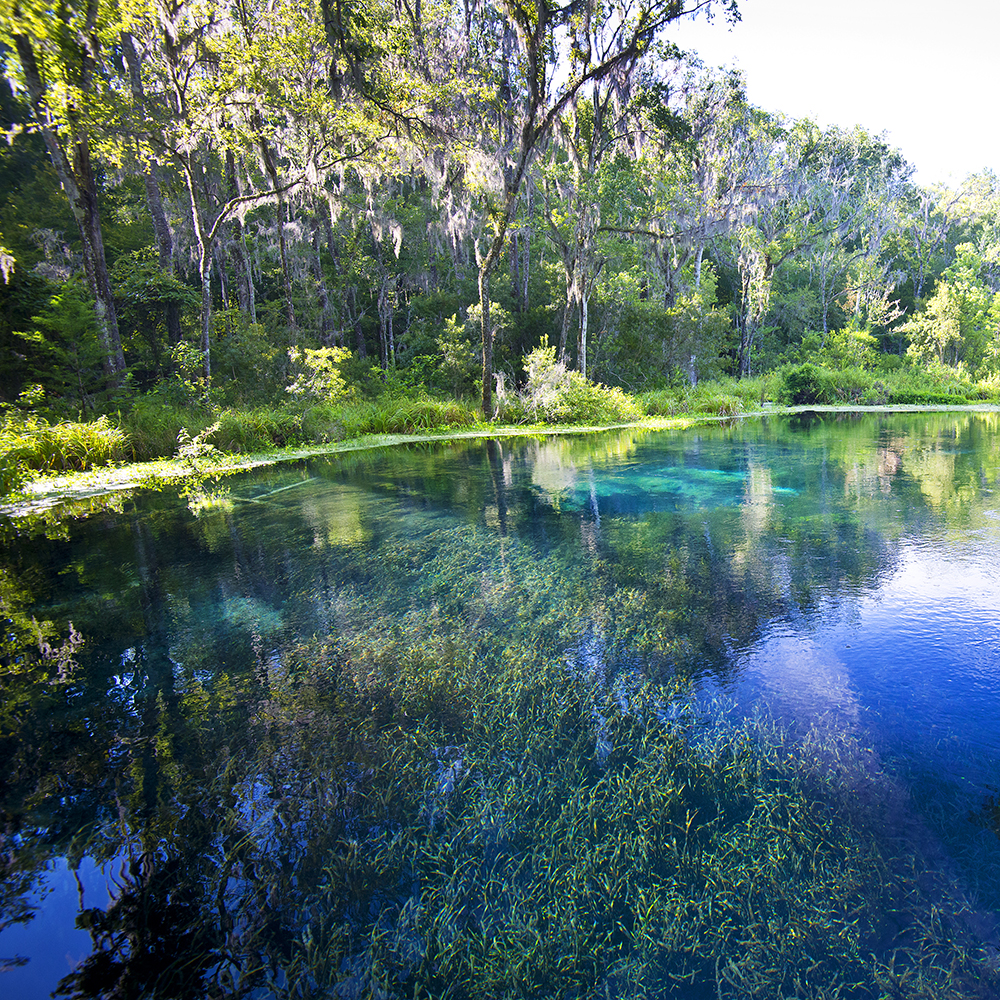 Ichetucknee is an Indian word meaning “beaver pond”. The Ichetucknee River runs for six miles and contributes close to 233 million gallons of spring water to the Santa Fe River, another heavily-used recreation area. Ichetucknee Springs and River are one of Florida’s 33 first-magnitude springs 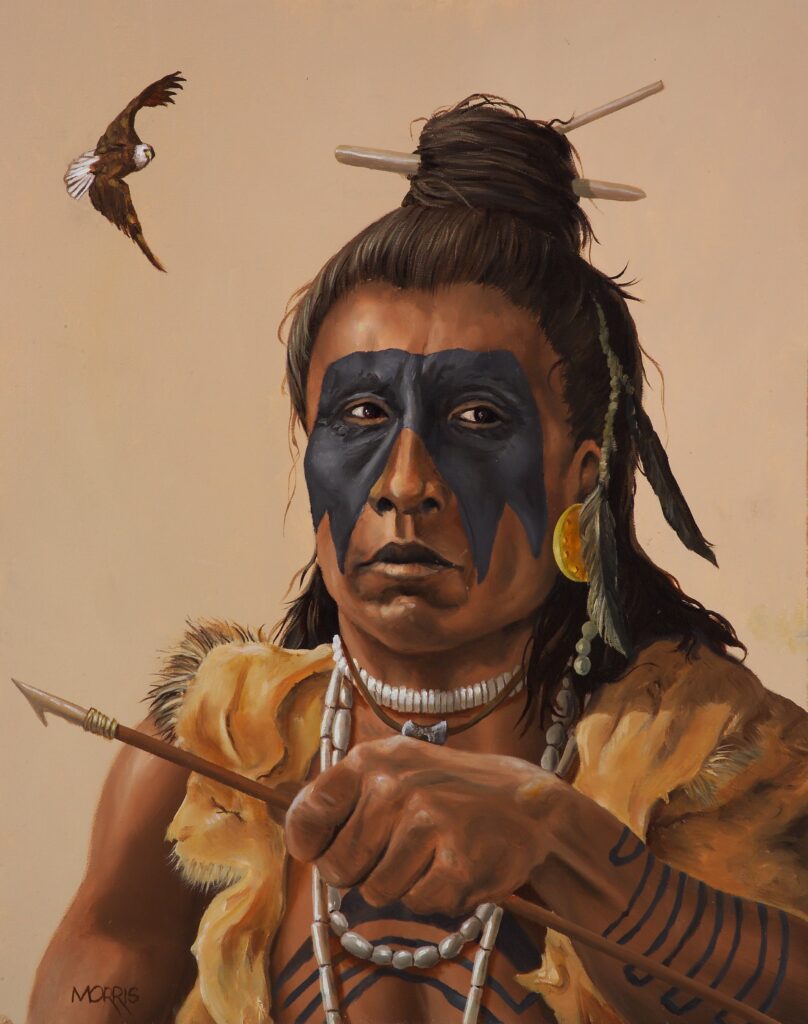 Located in Fort White, Fl, the Ichetucknee is rich in history. The springs and river were used consistently by early cultures of Native Americans, going back thousands of years. Bones and teeth of mastodon and other extinct megafauna have been found in and alongside the river. About one mile downstream from the head spring of the river, a 17th-century Spanish mission site has been identified in the park next to a short tributary connecting Fig Springs to the Ichetucknee River. San Martin de Timucua, built in 1608, was one of the major interior missions serving the important Spanish settlement of St. Augustine and flourished through most of that century. 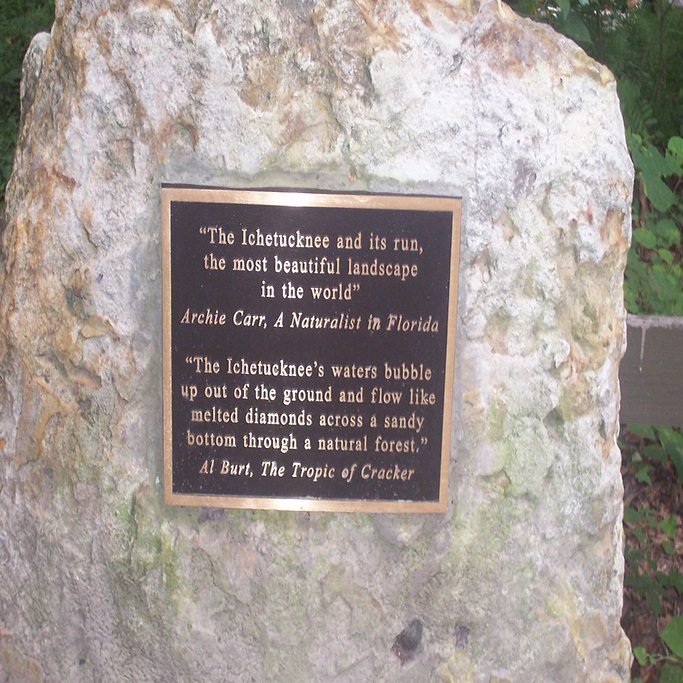 After the Civil War, northern Florida received an influx of settlers. The area around Fort White was still considered wild frontier when the small community was incorporated in 1870. The town of Ichetucknee sprang up along the banks of Mill Pond Spring shortly after.

By 1884, Ichetucknee had its own post office, grist mill and smithy. The Ichetucknee River was the lifeblood of the communities and settlers such as the Dampier family came frequently to the river banks to swim, bathe, hunt, fish and worship. The area flourished with industries included phosphate-mining, citrus, cotton, and railroad commerce. During its heyday, Fort White boasted more than 2,000 residents.

Ichetucknee Springs State was purchased by the State of Florida in 1970 from the Loncala Corporation to preserve one of the state’s outstanding natural wonders.